The last time I cared about a World Series was in 1981, when the righteous L.A. Dodgers beat the pants off the smug New York Yankees. But I finally got into it again this year during the Rockies' incredible pennant drive. So I cared. I actually cared. And then we got creamed 0-4.

Weird series. It really seemed like the Rockies were doing an excellent job at whatever particular sport they were playing. It just wasn't the same sport the Red Sox were playing. Sigh.

So look for me with box seats at the next World Series that matters to me, probably in 2033. I'm predicting that the Bakersfield Pigfuckers will narrowly beat the Time-Warner Megastars.

Downsian convergence at the local level?

Here's an interesting article. Two economists, Ferreira and Gyourko, looked at a large sample of cities in which the Democratic candidate for mayor had either won or lost by a narrow margin. Then they looked to see if there were important differences in the policies those cities produced. They found none, suggesting that parties really don't matter all that much locally. Electoral competition fosters convergence, running counter to evidence gathered at the state and national level.

This is a pretty interesting and surprising finding, and it might actually be true, but there are a few rather glaring omissions:

1) They don't differentiate between cities with partisan elections and those with nonpartisan elections. (I'm guessing there'd be a much bigger party effect on policy in the partisan election cities.) Shockingly, they were aware of this distinction and just tried to find out the mayor's party affiliation anyway, sometimes using party registration records. Footnote 14 bizarrely suggests that L.A. functionally has partisan elections. (Hahn v. Villaraigosa? And just how many voters knew Riordan was a Republican?)

2) They don't incorporate mayoral strength into their calculations. A weak Republican mayor working with a strong Democratic city council just isn't going to cut city services all that much.

I'll admit that sometimes I like Tucker Carlson. He's bright, engaging, and sometimes willing to part with party doctrine on matters of principle. But then he's got to go and say something like this:

OK, but here’s the fact that nobody ever, ever mentions — Democrats win rich people. Over 100,000 in income, you are likely more than not to vote for Democrats. People never point that out. Rich people vote liberal. I don’t know what that’s all about.

Okay, we're not off to a rollicking start.

I was just showing "Network" in my film class. Check out the time in Los Angeles while Howard Beale screams about how mad he is: 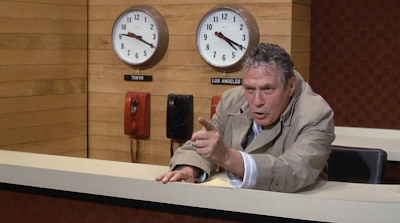 Not only did Huckabee tie for first place in the Values Voter straw poll, but he apparently just won Chuck Norris' endorsement. You can't stop this kind of mojo!

I love this bit.

[ Be sure to have the latest Flash Player installed. ]

My dad at Katz's Deli in NYC: 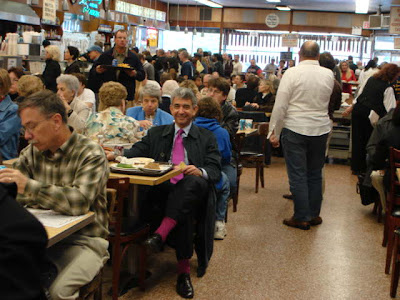 As my mom said, he looks like Nixon at the beach.

Oh, yeah, that's what you want to read.

The National Defence Force is probing whether a software glitch led to an antiaircraft cannon malfunction that killed nine soldiers and seriously injured 14 others during a shooting exercise on Friday.

I suppose we're overdue for this sort of mutiny.

Huckabee tied for second place in Iowa? So says Rasmussen.

Colorado state representative Debbie Stafford of Aurora has switched from Republican to Democratic. Her statement was pretty straightforward:

There doesn't appear to be anything strategic about this switch. Stafford is termed out and hasn't expressed an interest in higher office. Her switch in no way affects the party balance in the state house. She just can't bear to call herself a Republican anymore.

The new Springsteen is good, if not great, but it has some nice peaks. This song is my favorite so far.

I found a nice backup system that doesn't seem to require a whole lot of active thought: Memeo’s LifeAgent. It retails for $30, and you can use a free demo version for 30 days. It's very simple. You just specify a backup location (I have a networked hard drive at home – you can also buy space on their server) and indicate what folders you want backed up. Whenever you’re connected with the backup location, it combs through your folders to back up anything that’s new. It works very smoothly and I don’t have to think about it. This could have saved me a lot of heartache.

So why are the Democrats pushing the Armenian genocide resolution now? My impression had been that it was simple interest group politics. Armenian groups in the U.S. saw an opportunity with a Democratic majority, so they pushed it, and the Democrats were happy to please a constituent group.

But a colleague of mine suggests a much more intriguing motive. As he sees it, the Democrats are actually trying to foment a crisis with Turkey, which would force Turkey to cut off support for our actions in Iraq. This is actually a round-about way of forcing an end to the Iraq war.

What do you think?

In other news, I spoke with a Turkish colleague here, and he was pretty annoyed with the idea of the resolution. He says he has no problem admitting Turkey's culpability or calling it a genocide. He just doesn't feel like being lectured by the United States right now.

Turkey withdraws its ambassador after the House Foreign Relations Committee passes a bill condemning the Armenian Genocide of 1915. Wait, they did this after a committee vote? How many Americans know about committee votes? I'll give Turkey credit - their lobbyists are really on the ball. 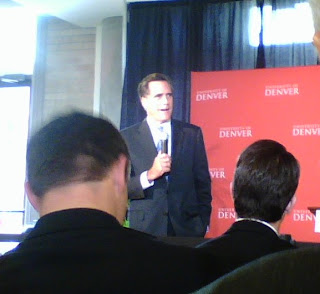 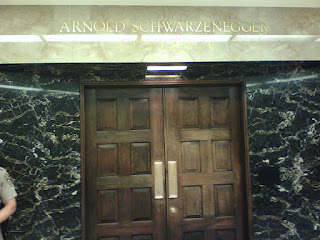 I took my freshmen students to go see Al Gore at the Denver Convention Center. He was delivering one of his "Inconvenient Truth" talks. He was quite good. It was similar to the material in the film, only he had a few years more data to throw in.

As depressing and fascinating as the talk was, though, the highlight for me was when one of my students got to ask him a question at the end: "What would you have done differently from President Bush after 9/11?"

Gore took a deep breath, and then friggin' unloaded.

He first complemented Bush for uniting the nation, and expressed support for the Afghanistan invasion. But then the important differences came out:
Gore then drew the interesting comparison between global warming and the Iraq war. In both cases, he noted, the truth was ignored. Policymakers ignored scientists and other experts and instead listened to ideologues. He pointed out that he and Bill Clinton received national security briefings every day when they were in the White House, and any sort of memo that began with the words "X determined to attack U.S." sparked dozens of meetings with every intelligence-gathering organization in the government, in which the principals would demand more information. Bush, by comparison, replied to the CIA official who handed him the August 2001 PDB, "Well, you've covered your ass." Similarly, Bush was briefed days before Katrina made landfall about the potential for devastation, and he asked no questions whatsoever.

Gore didn't come out and say it, but he seems to think that he or Clinton could have prevented 9/11 had they been at the helm. Obviously, you can't know something like that, but it's clear that there was enough information out there to derail the attacks, and no central figure had taken the leadership role of putting the information together.

Gore sounded pretty pissed off at this point, different from his more jovial, scholarly tone from the rest of the evening. I found it incredibly powerful.

Oh, by the way, he said he's not interested in running for president. He seems to think he can do more to help the world in his current role.