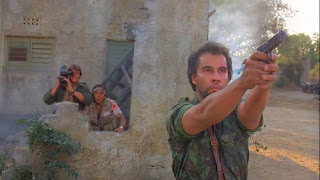 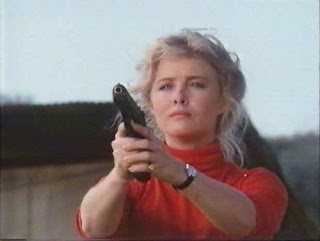 Where the action is

Loyal readers will notice that I haven't posted much on these pages in a while. I'm devoting my blogging energies these days to Mischiefs of Faction and to my weekly gig at Pacific Standard. These commitments seem like more than enough to keep me busy right now. I'm keeping Enik Rising open for business, in case I feel compelled to say something about "Star Wars" or a cake I'm baking, but for now, if you want to catch me, please check the sites above. Oh, and definitely follow me on Twitter. I'm not even close to done with that yet. 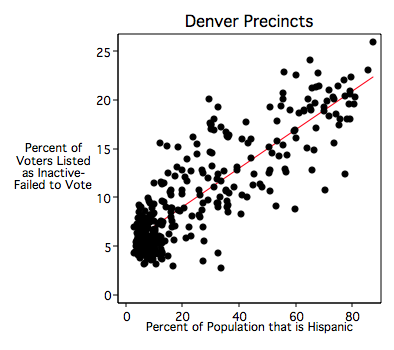 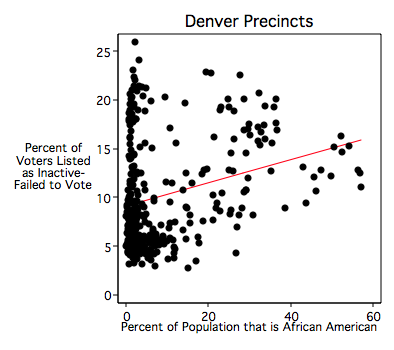 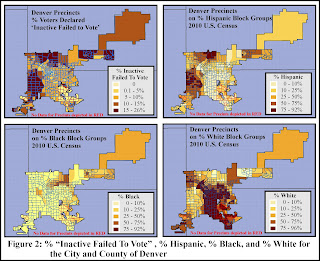 Andrew Gelman is right: this graph is pretty bad. If you want to get a sense of what temperature trends look like over the past century or so, I find a lowess trendline useful: 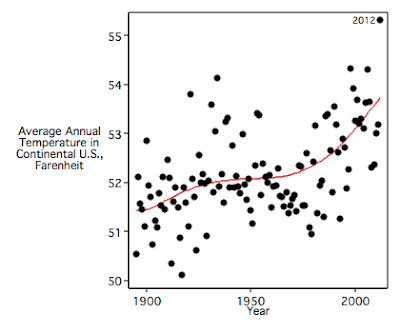 Are (some) academic stresses self-imposed?

Dan Drezner makes some nice points in response to the Forbes article that lists academia as one of the least stressful occupations. While he rightly notes that adjuncts face a great deal of career stress, he concedes that those of us in tenure or tenure-track positions enjoy a degree of autonomy and flexibility that those in careers at similar pay levels do not have.

He also makes a point about us self-selecting into this line of work, and I think this is an important one in the discussion of stress. Academics generally do their jobs because it's a career they actively sought out and they study a subject that deeply interests them. (No one ever wrote a folk song about being forced to become an academic because it was the only job in town.) Thus, we end up committing to a lot of things we don't actually have to do -- such as conference papers, journal reviews, academic blogs, etc. -- because we find them intrinsically interesting or we believe we have a decent contribution to make. Now, it's good for the discipline and for our own career reputations and professional advancement that we do these things, but they're not always mandatory, particularly for tenured faculty. So the professional commitments I took on during that blessed year between gaining tenure and becoming department chair certainly added to my stress levels, but a) I could have declined many/most of them and kept my job, b) the commitments brought some satisfaction that partially offset the stresses, and c) the stresses weren't remotely like those faced by firefighters, police officers, soldiers, miners, commercial fishermen, etc. That is, no MPSA paper is going to kill me, although some have tried.

Similarly, with teaching, many of us endeavor to improve our teaching or offer new courses because we believe it's important to do so. Taking on such a commitment invariably generates new stresses -- teaching a new course sometimes leads to initially lower course evaluations, generating a new course is harder than repeating an old one -- and we could usually just not do these things and still keep our jobs. Nonetheless, we take on the task of improving our course offerings, and the concomitant stress, because to quote Hyman Roth, "this is the work we have chosen," and we think this is the best way to do it.