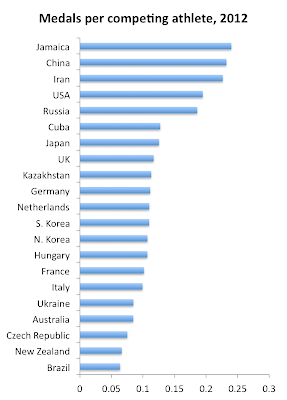 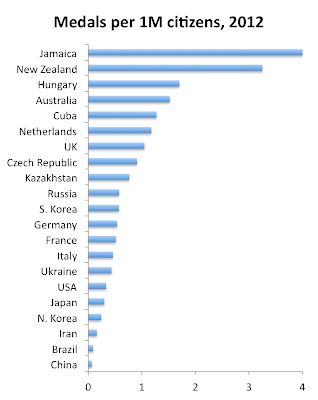 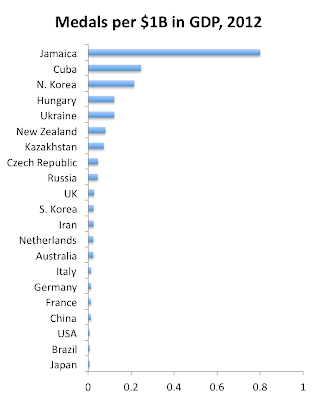 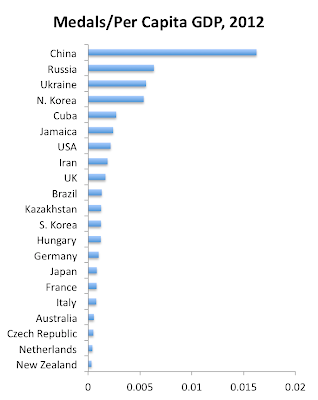 The medalspercapita.com site actually has data for all previous olympics, as well as cumulative totals - the Guardian is the only one to account for team size.

I have lost track of where - but someone also took a look at age distribution issues in relation to this data - and wrote up some of the implications for likely Olympic results in coming years.

Thanks for taking the time to discuss and share this with us, I for one feel strongly about it and really enjoyed learning more about this topic. I can see that you possess a degree of expertise on this subject, I would very a lot like to hear much more from you on this subject matter – I have bookmarked this page and will return soon to hear additional about it.

Great blog. Thank you for for sharing so great thing to us. I definitely enjoying every little bit of it I have you bookmarked to check out new stuff you post nice post.
Orlando Pool Supplies

I am always searching online for articles that can help me. There is obviously a lot to know about this. I think you made some good points in Features also. Keep working, great job!