Bernstein's right: the New York Times should be ashamed of itself for repeatedly printing the works of Drew Westen. Just to pick up on one of Westen's points:

After his grand bargain on the debt, for example, the president’s approval ratings plummeted. 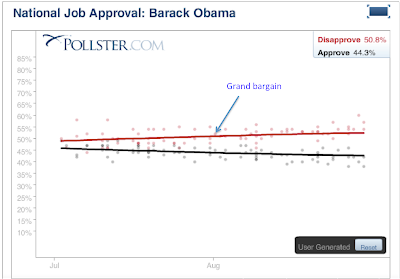 Read Jon's post for more gems, especially the part about no one knowing what Obama truly believes. Ack.