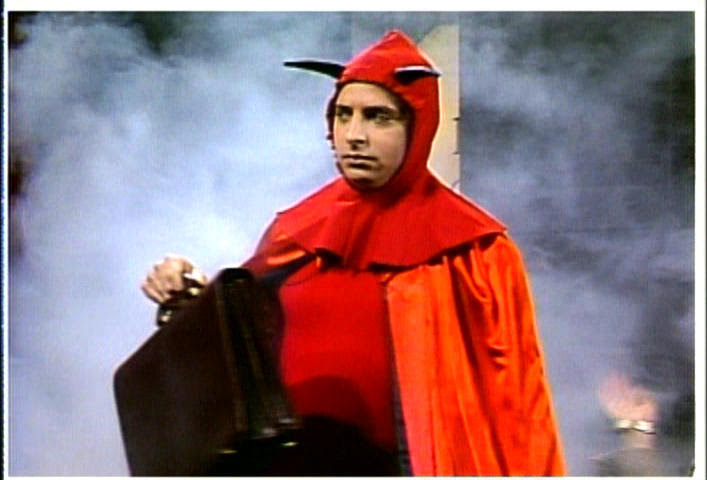 It turns out that there are a fair number of voters who are convinced that Barack Obama is the Antichrist. I haven't read the Left Behind books, but apparently, in that series, the Antichrist rises to power in the form of a multi-lingual junior American Senator named Nicholae Carpathia, who gets fawning coverage from the press and is loved by the voters. Hmmm... sound familiar?

What's more, the McCain campaign is trying, by means of some devil-dog-whistle politics, to link Obama to Carpathia. This ad, for example, looks to most of us as a way of mocking Obama's popularity. But, if you're an avid Left Behind reader, you'd see this ad as a warning that Obama's election will bring about the End of Days. As Amy Sullivan writes,

Perhaps the most puzzling scene in the ad is an altered segment from The 10 Commandments that appears near the end. A Moses-playing Charlton Heston parts the animated waters of the Red Sea, out of which rises the quasi-presidential seal the Obama campaign used for a brief time earlier this summer before being mocked into retiring it. The seal, which features an eagle with wings spread, is not recognizable like the campaign's red-white-and-blue "O" logo. That confused Democratic consultant Eric Sapp until he went to his Bible and remembered that in the apocalyptic Book of Daniel, the Antichrist is described as rising from the sea as a creature with wings like an eagle.