This Capitol Weekly article makes it sound like Assemblyman John Perez (D-Los Angeles) is going to be the next speaker of the California Assembly. It's not a done deal, but other candidates are dropping out, and he's got a good shot.

As it happens, Perez and I knew each other in college. We both worked for ASUC President Tisa Poe back in 1989-90. I ran into him last summer at the Democratic National Convention. He mentioned to me that he had won his party's nomination for his L.A. Assembly seat, and that the overwhelming Democratic bias of his district made his election all but certain by that point. This was fifteen months ago. He's been in the Assembly for less than a year now, and he's already being talked about as the next speaker.

Of course, this makes perfect sense in a legislature where members are limited to just six years in office. The only way to get a speaker who can serve more than two years (and theoretically accrue a modicum of power) is to select a freshman for the job. Nothing against Perez, but the idea that a party can thoroughly vet a potential speaker or that a legislator can build enough networks or goodwill to be an effective speaker in just one legislative session seems a bit absurd. But, hey, go for it. 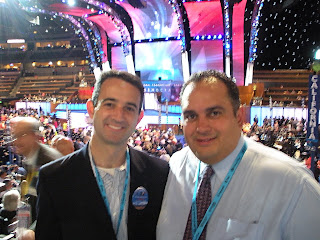