All Whitey, all the time 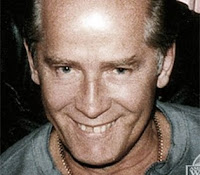 I recently visited relatives in New England, and my visit roughly coincided with the FBI's apprehension of gangster Whitey Bulger. It's hard to express just how much this story has dominated the area's news. The newspapers have lead with the story of Bulger's arrest for a week now, and the local TV news have covered it nonstop.

Last week, I watched what I believe was the local NBC affiliate interviewing Whitey's neighbors in Santa Monica, where he'd resided since the mid-90s. (We were apparently neighbors for a year or so.) They then managed to get a rare interview with actor Mark Wahlberg. Wahlberg, of course, was one of the stars of Martin Scorsese's "The Departed," in which Jack Nicholson played a fictitious character inspired by Whitey Bulger. Not surprisingly, Wahlberg had little to add to the coverage.*

All this media attention has a cost, of course. Boston reporter David Bernstein informs me that on Tuesday, the state of Massachusetts had to pass an emergency 10-day extension of its budget because the FY 2012 budget is late. That's actually pretty big state government news. Nonetheless, both the Boston Herald and the Boston Globe used Associated Press reporting to cover that story, since all their regular reporters are off in Whiteyworld.


*It's a pet peeve of mine when actors are interviewed about the political aspects of movies they're in or characters they've played. It's not that they're not smart or informed about such matters -- they certainly can be -- but it's just so far from their area of expertise. This is why I love "Inside the Actor's Studio," where actors get to talk about the challenges of acting and filmmaking. I could listen to Stallone tell the Rocky-esque story of the making of "Rocky" a hundred times and not be bored. In general, I'd much rather hear Julia Roberts talk about the difficulties of playing Erin Brockovich than hear her talk about Erin Brockovich's legal research.