Is West Virginia legally a state? 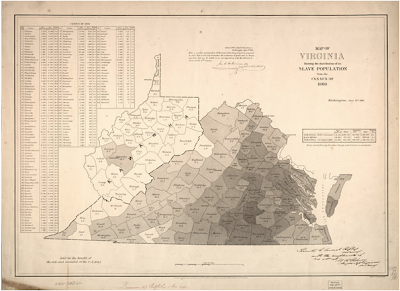 Susan Schulten has a great post up about the birth of West Virginia (a.k.a. Kanawha) during the Civil War. But one thing I remain a bit fuzzy on is just how West Virginia legally became a state. Note Article 4, Section 3 of the U.S. Constitution:


New States may be admitted by the Congress into this Union; but no new States shall be formed or erected within the Jurisdiction of any other State; nor any State be formed by the Junction of two or more States, or parts of States, without the Consent of the Legislatures of the States concerned as well as of the Congress. (Emphasis added)

West Virginia was formed from part of Virginia. According to the Constitution, Virginia's legislature would have had to accede to that, which would have meant the largest state in the Confederacy ceding a quarter of its territory to its enemy. Needless to say, that didn't happen. As I understand it, a Union occupation government in Virginia's northwestern counties simply declared itself to be the legitimate government of Virginia and passed the statehood resolution.

The Constitution doesn't offer the federal government the power to slice apart states to create new ones in the event of insurrection. So I'm wondering how this is even legal. Anyone?

Update: A reader points me to this amazing, if slightly tortured, defense from Abe Lincoln:


The consent of the Legislature of Virginia is constitutionally necessary to the bill for the admission of West Virginia becoming a law. A body claiming to be such Legislature has given its consent.... The division of a State is dreaded as a precedent. But a measure made expedient by a war, is no precedent for times of peace. It is said the admission of West Virginia is secession, and tolerated only because it is our secession. Well, if we can call it by that name, there is still difference enough between secession against the Constitution, and secession in favor of the Constitution.

The whole thing is worth a read.

I'm not seeing the problem. As in all the other states which purported to secede, the Union occupation government declared itself to be, and was recognised as, the legitimate government. It's not as though the Union government was going to recognise the Confederate legislatures.

Hi Seth! Great post. I think that the best way to think about this as part of a series reforms in the Civil War and Reconstruction Era that may have been strictly speaking unconstitutional. The reconstruction amendments are often called a "second founding." Essentially, the constitutional framework was significantly rewritten.

The reconstruction amendments were only ratified because the southern states were forced to literally at gun point. Because of this, under the old constitutional framework. these amendments may be unconstitutional. And one of the reasons Republicans thought the Thirteenth Amendment was necessary in the first place was that the Emancipation Proclamation may have been unconstitutional.

Of course, the first founding was unconstitutional as well from the perspective of the Articles of Confederation. The lesson is that when you overhaul your constitutional framework, it's often unconstitutional. The West Virginia thing is just a funny example of that in that its statehood is only very tangentially related to the purpose of the constitutional overhaul.

Actually, Texas was the largest state in the Confederacy-- over 4 times the size of Virginia.

But, point taken. I prefer to think of West Virginia as a region of Va., analogous to West Texas. But, maybe it's better this way. Virginia as a whole gets 2 extra U.S. Senators.

I meant "large" in terms of population, but okay.